The economic centre of Baden-Wuerttemberg

The region of Stuttgart represents the geographical and economic centre of Baden-Wuerttemberg and covers an area of about 3,654 square kilometres. Including the city of Stuttgart and the surrounding local districts of Böblingen, Esslingen, Göppingen, Ludwigsburg and the Rems-Murr-Kreis, the region has approx. 2.724.200 inhabitants. More than one quarter of the population of Baden-Wuerttemberg is employed in that region.

Compared to Baden-Wuerttemberg as a whole, the economy of the region of Stuttgart is characterized by a particularly strong influence of the services sector and a smaller share of the manufacturing industry. Amongst other factors, this is mainly due to a share of corporate service providers above the federal state's average.

The region of Stuttgart is considered the world leader in the engineering sector. This strong competitive position on the global market is attributable to an geographical integration of the region's research and development resources into the infrastructure for the production of complex system goods.

The leading clusters, namely the automotive and mechanical engineering sector as well as the creative industries show an almost unique degree of vertical integration, among other things, because they are closely cooperating with appropriate clusters of neighbouring regions.

The most important sectors include (by the number of jobs liable for social insurance contributions excluding commerce, the construction and the public sector):

Compared to other regions of Baden-Wuerttemberg, the innovation strength of the region of Stuttgart occupies a leading position. Numerous worldwide leading enterprises and their subsidiaries, respectively, disposing of enormous R&D capacities, have established their headquarters in this area. Whereas the region's innovation level is well above average, the development of its innovation activities is quite in line with the federal state's average. 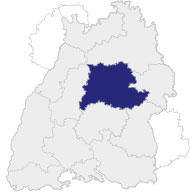